All the Important details of Budget 2077/78 Fiscal Year. Lok Sewa Tayari Important Questions Details from Nepal Budget 2077/78.
Finance Minister Dr. Yuvaraj Khatiwada has brought the budget with an estimated income and expenditure of Rs 58 billion less than the current year. A budget of Rs. 1,474.64 crore has been allocated for the coming Fiscal Year. For the current Fiscal Year 2076/77, the government had brought a budget of Rs. 963 million of Rs. 1532 billion.

There have been both positive and negative reactions to the new budget announced during the Corona epidemic. Looking at the government’s policies and programs, many had estimated that the budget would be over Rs 16 trillion this year.

The sharp rise in current expenditure also put pressure on Finance Minister Khatiwada to bring in a budget of over Rs 16 trillion. However, he has tried to manage the stress caused by the pressure on the source by reducing the size of the budget this year. 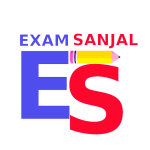